Somalia is suffering an "explosive" outbreak of polio and now has more cases than the rest of the world combined, an official said Friday.

Polio is mostly considered eliminated globally except mainly in three countries where it is considered endemic: Afghanistan, Nigeria and Pakistan. India marked a major success in February 2012 by being removed from the World Health Organization's list of countries plagued by the disease.

Somalia now has 105 cases, figures released Friday show, and another 10 cases have been confirmed across the border in a Kenyan refugee camp filled with Somalis. Globally there have been 181 cases of polio this year, including those in Somalia and Kenya.

Vaccination campaigns in Somalia have reached 4 million people since the outbreak began in May, but those health officials have limited access to about 600,000 children who live in areas of Somalia controlled by the armed Islamist group al-Shabab.

"It's very worrying because it's an explosive outbreak and of course polio is a disease that is slated for eradication," said Oliver Rosenbauer, a spokesman for the Global Polio Eradication Initiative at the World Health Organization in Geneva. "In fact we're seeing more cases in this area this year than in the three endemic countries worldwide."

In a bit of good news, Rosenbauer said in a phone interview with The Associated Press that polio numbers are down in the three remaining endemic countries.

"The only way to get rid of this risk is to eradicate in the endemic countries, and there the news is actually paradoxically very good," he said.

Somalia was removed from the list of endemic polio countries in 2001, and this year's outbreak is the second since then.

It began one month after Bill Gates helped unveil a six-year plan to eradicate polio at the Global Vaccine Summit. That effort will cost $5.5 billion, three-quarters of which has already been pledged, including $1.8 billion from the Bill and Melinda Gates Foundation.

The outbreak in Somalia does not set back the six-year plan, said Rosenbauer, because unpredictable and intermittent outbreaks were programmed into the timeline.

In al-Shabab controlled south-central Somalia, disease surveillance is functioning, but health officials are likely not able to detect all polio cases.

Mohamud Yasin, a retired doctor who has treated polio throughout his career, said: "It's indeed worrying because this comes at a time when the country is still hugely affected by the raging fighting, which prevents volunteers from accessing people in need of vaccines. It may take time before we can confidently say we have universal coverage of the immunization."

In a sign of how difficult it is for medical providers to operate in Somalia, the aid group Doctors Without Borders announced this week it was pulling out of the country after 22 years because of attacks on its staff members. MSF, as the group is also known, was not taking part in the polio vaccination campaign.

Somalia shares one significant trait with the three endemic countries: pockets of severe violence where populations can be hostile to health care workers. In February, gunmen believed to belong to a radical Islamic sect known as Boko Haram shot and killed at least nine women taking part in a polio vaccination drive in northern Nigeria.

Polio, for the moment, has been defeated in two areas of Pakistan. But in one region where the disease persists — the dangerous North and South Waziristan region near the Afghanistan border — local authorities have banned immunization campaigns since mid-2012. Vaccination programs, especially those with international links, have come under suspicion since a Pakistani doctor ran a fake vaccination program to help the CIA track down Osama bin Laden.

"So no immunizations are taking place, and sure that's a challenge and that has to be addressed," said Rosenbauer. Still, he noted that nine times out of 10 when a child isn't immunized in Pakistan it's because of operational issues, not social resistance.

Southern Afghanistan hasn't recorded any polio cases since November, a story of success after years of failure there. Afghanistan saw 37 polio cases last year but only four so far this year. Polio cases are also down in Nigeria year-over-year, but about the same in Pakistan.

When the Global Polio Eradication Initiative was launched in 1988, the disease was endemic in 125 countries and paralyzed about 1,000 children per day. Since then the incidence of polio has decreased by more than 99 percent. Five children have been paralyzed in Somalia's recent outbreak.

At the April summit, Gates talked about the need to vaccinate the hardest-to-reach children in the endemic countries.

Eradicating the last cases has proved difficult. The World Health Organization knows the Somalia outbreak came from West Africa but can't say exactly where. In 2011, the virus jumped from Pakistan to China, and the year before that to Tajikistan. There have been more than 50 outbreaks in the last decade. 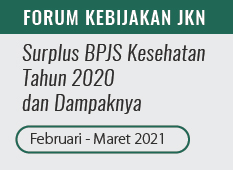